Click here for our COVID 19 Update: Our Commitment to you

Eye Care Advice You Can Rely On

At Russell West Optometry, we serve more than just your eyes; we serve you! Whether you need an eye exam, dry eye therapy, or a contact lens fitting, we always work hard to ensure your experience with us is comprehensive, professional, and honest.

Our optometrists work tirelessly to help provide you with the quality eye care you need. To do this, we leverage the latest technology so you can rest assured, knowing you’re in good hands. You’re more than just a patient to us; you are our friends, family, and neighbours.

Outside of eye care, we also take our eyewear brands and styles to the next level by providing the latest looks from designers from around the world! All you need to do is stop by and see our optical team, and we can help you start looking and seeing your best.

After they moved back to Lindsay from practicing in Victoria, B.C. for 3 years, Dr. Brett Marchand and Dr. Liana Cooper both assumed Russell West Optometry (RWO) from its original owner, Dr. Paul Dowdall, in 1996.

It first started as a home-converted office on Cambridge Street North, but over time, the practice grew, leading to their first expansion ever in 2005. The new 4,000 square foot facility, where the clinic stands today, provided Dr. Marchand and Dr. Cooper with the space they needed to house new staff members, new eye care services, and a new eyewear dispensary. The new clinic opened to patients on July 2nd, 2007.

Over time, associate doctors have joined the team, including Dr Mark Mucci in 2013, Dr Nicole Love in 2016 and Dr Zach Findlay in 2018. With 5 doctors working, we pride ourselves on being able to tend to urgent care quickly and easily cover for each other if a doctor isn’t in the clinic.

Each one of our optometrists is dedicated to providing you with quality care by staying up-to-date with the latest eye care technology and developments so that you can see your best today and for years to come.

We improve quality of life by providing the finest in vision care for people of all ages in our community. 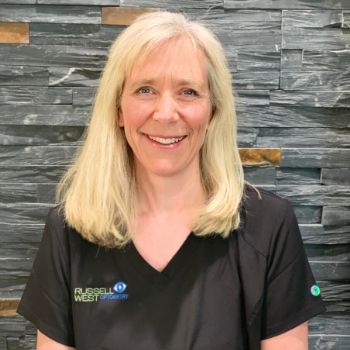 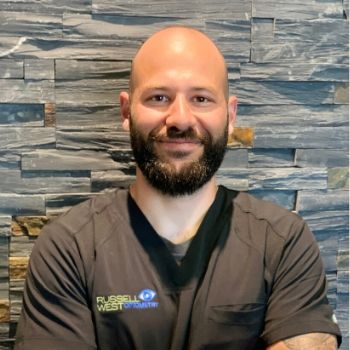 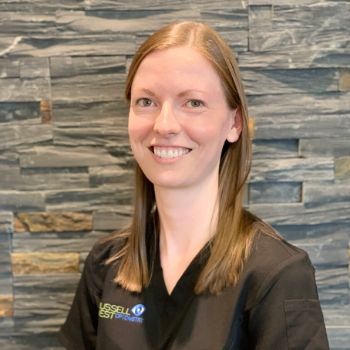 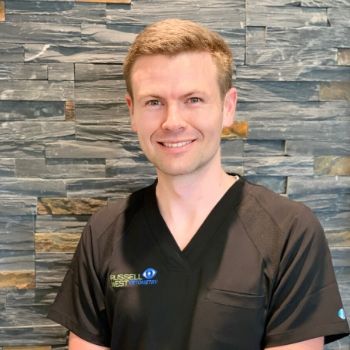 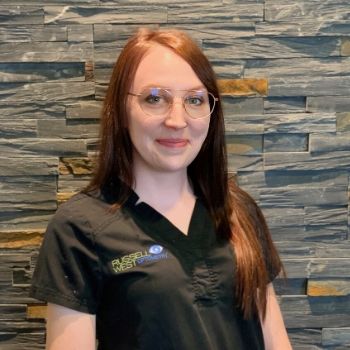 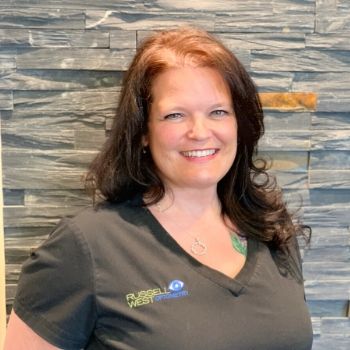 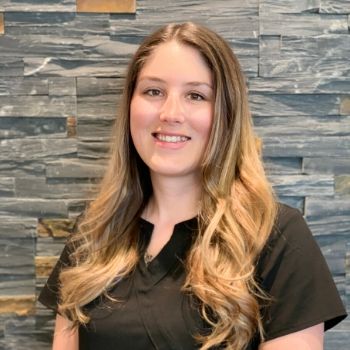 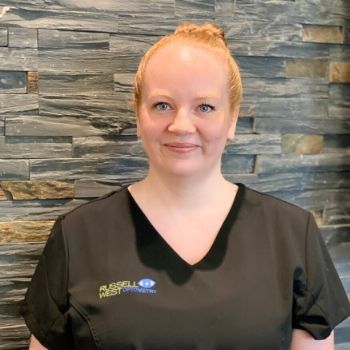 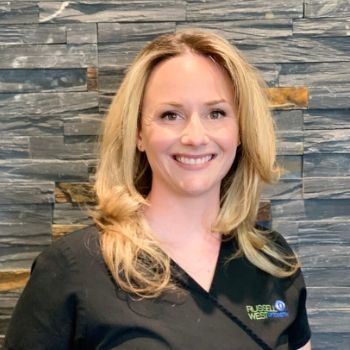 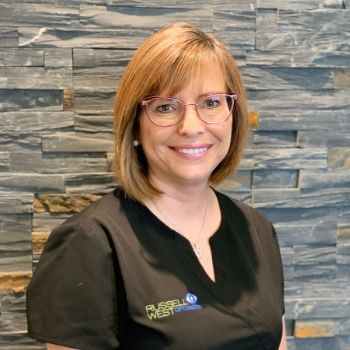 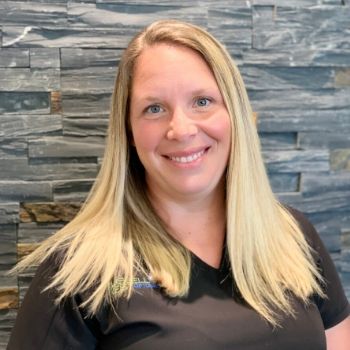 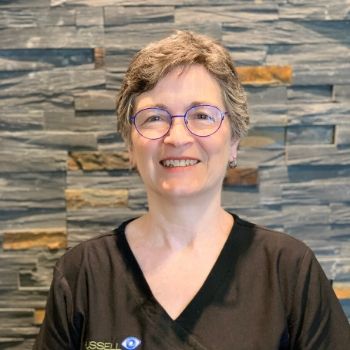 Dr. Liana Cooper was born and raised in Kirkland Lake, Ontario. She graduated from the University of Waterloo in 1993 with both her Honours Bachelor of Science degree and her Doctor of Optometry degree.

After practicing for a few years in Victoria, BC, she and her husband ( Dr. Brett Marchand) returned back to Ontario and took over the practice of Dr Paul Dowdall in 1996. Since that year, she has called Lindsay home and loves living in the Kawarthas.

She volunteered countless hours as the treasurer of the Lindsay Concert Foundation from 2005 until 2012, as well as sitting on parent councils for her childrens’ various schools. In any free time she has ( which is becoming slightly more as her kids grow up), she loves to kickbox, play volleyball and cross country ski in the winter, but loves to see the snow melt, as that means it is time for her favorite sport – cycling!

Dr. Marchand (he prefers to be called “Brett”) was born and raised in the Kitchener Waterloo area. His uncle started an optical lab in Waterloo which maintained a close relationship with the University of Waterloo School of Optometry. This was the beginning of the inspiration for both Brett’s older cousin and brother to pursue Optometry as a career. Although 10 years their junior, Brett was not far behind!

Brett graduated in 1993 from the University of Waterloo with both a Bachelor of Science and Doctor of Optometry Degrees. Upon graduation he and Dr.Liana Cooper left Ontario and went on to work in a large private Optometry clinic in Victoria, British Columbia. Although beautiful and rewarding, this setting was too far from family and they decided to move back to Ontario in 1996. The Beautiful City of Kawartha Lakes Region has been home ever since.

Dr. Mucci was raised in Mississauga before attending the University of Waterloo in 2008, where he went on to attain a Bachelor of Science (B.Sc.) degree in Biomedical Sciences. His next stop was Boston, Massachusetts to study at the New England College of Optometry (NECO). Four short years later, in 2012, Mark earned his Doctor of Optometry (O.D.) degree. He joined the team at Russell West Optometry in January of 2013.

Mark loves to stay active and participates in a variety of sports including golf, soccer, baseball, volleyball, snowboarding and, his true love, hockey – where he plays as both goaltender and player. He also likes to keep busy by going to the gym, cruising in his ’86 Monte Carlo SS, doing crosswords, hanging out with friends, and spending time with his family, especially his two nephews.

Dr. Nicole Love was born and raised in Pickering, Ontario. She graduated with an Honours Bachelor of Science from Queen’s University, specializing in Neuroscience. In 2016, she earned her Doctor of Optometry degree with Honours from the University of Waterloo. During her final year of studies Nicole completed several externships, including an ocular disease and therapeutics rotation in Pinellas Park, Florida, where she worked closely with retinal, cataract, and oculoplastics specialists. She also completed primary care externships in Kelowna and New Liskeard.

Nicole has a keen interest in helping all patients achieve their best possible vision. In 2014, this interest took her to Romania where she provided volunteer eye exams to those in need. Nicole looks forward to getting involved in many more trips like this in the future.

In his spare time, Zach enjoys spending time with his family and friends. He has a passion for movies and always has a recommendation for a good film. When not at the theatre, he enjoys staying active with soccer, golf and snowboarding.

Amanda has been a part of our team since October 2016. Her main role in the office is as a pretesting technician, which means chances are she will be the staff member providing preliminary testing before your visit with the doctor begins.

She graduated from Centennial College in 2015 with a diploma in Medical Office Administration. Her interests include photography, kayaking, traveling and spending time with her family and dog!

Amy is a Canadian Certified Optometric Assistant (CCOA) that began with our team in 2008. Her spare time is filled with spending time with family and friends and pursuing her interest in photography.

Andrea joined our team in August 2013. She successfully completed the Canadian Optometric Assistant’s Course in July 2014 and her optician’s degree in 2018. She is the voice you will hear when you call to order contact lenses. Her interests outside of work include horseback riding and spending time with family.

Anna joined Russell West Optometry in August 2018. After completing her degree at Ryerson University, she worked in a client focused, creative industry for a number of years before moving back to her hometown of Lindsay. She has a strong appreciation for the arts and in her time away from the office, enjoys botanical dyeing and sewing.

Cassie joined the team at Russell West Optometry in August 2013. She is a registered Optician, graduating from Georgian College in 2008 with her licensed Optician certification. She enjoys fitting both eyeglasses and contact lenses.

Her spare time is spent with her family on their farm outside of Lindsay.

Cheryl is a Canadian Certified Optometric Assistant (CCOA) and has been a part of our team since 1998.

Cheryl has several roles within the office. Her knowledge will find her in the dispensary helping you choose your next pair of glasses to suit your needs, or in the lab edging your new lenses for your perfect frame!

When she is not at Russell West Optometry, she loves spending time with her three daughters and their families, and especially enjoys her time spent with her grandchildren. Her hobbies include travelling with her husband and spending time at the family cottage.

Jodie is a Registered Optician (RO), graduating from Georgian College in 2006 with her Opticianry Diploma. Jodie has been part of our team since 2010. As an Optician she works in the dispensary choosing stylish eyewear for each patient, fitting and teaching contact lenses, and edging custom lenses. She also enjoys working with frame representatives each week checking out the new quality, trendy, fashionable eyewear, while also learning the latest technological advances in the eyewear industry. Outside of work, she enjoys spending time with her husband and two daughters, playing sports, camping, and relaxing with friends and family. Jodie looks forward to assisting you with selecting and fitting your next pair of trendy eyewear!

Kate brings 24 years of optical experience to our practice, joining the team at Russell West Optometry in 2016. She is instrumental in keeping our appointment bookings running smoothly, as well as performing visual field testing.

Her interests include curling, hiking, yoga and especially spending time with her grandkids!

Our clinic can be found in historic area of downtown Lindsay, Ontario. We are located right next to Kawartha Dairy Barn.

Check Our All Our Brands 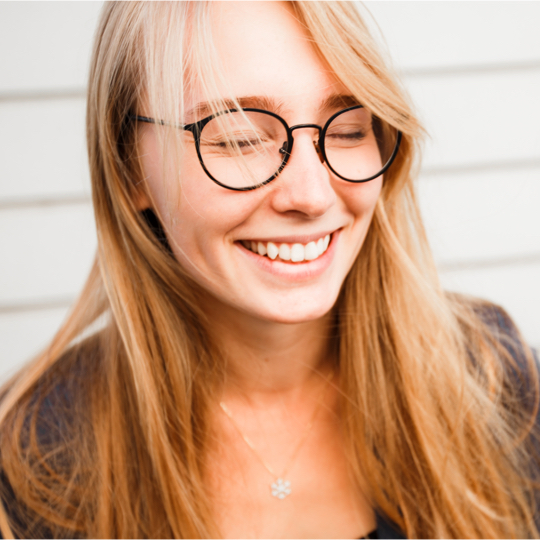 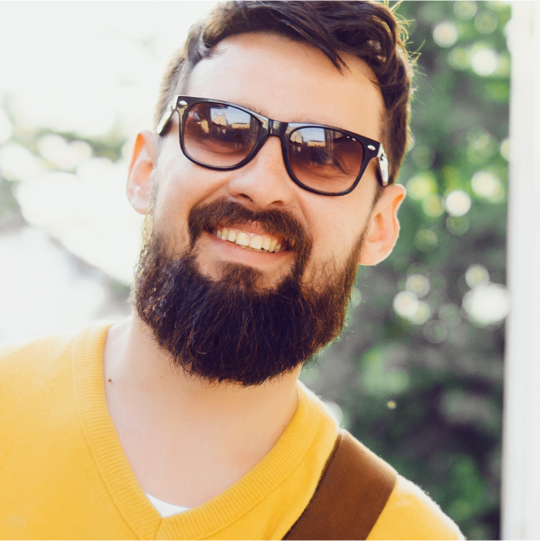 Things are coming together for our reopening on Mo

We are getting things in order for our reopening o